Montreal is an unique city that offers:

I love Montreal for the great architecture! – Anthony from Egypt

Montreal is a historical city which also is a modern world with a lot of different cultures and beautiful view! – Martin from Taiwan

In the most European city in North America, Montreal, I have never felt like an out-lander since the first day of arrival. It is super-multicultural but it had never been a problem making friends because people here are very friendly. Even in cold winter, you enjoy living here because of fun activities and most importantly the hearts of Montrealers can warm you up! – Arman from Turkey 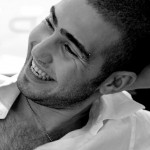 Out of all the countires I have lived and visited, Montreal is one of my favourite places. I love the beautiful architectures and mix of european and western culture and going snowboarding in winter! – Moddy from Thailand

I love Montreal because it combines the best of both european and north american culture.It is crossroads between the dynamism and proactivity of the new continent and a taste of culture and heritage of Old Europe, where we will soon have the impression of walking through Soho or Greenwich. – Raquel from Spain

Montreal, the best place to taste sirop d’ érable and other specialities made with maple sirup. Try it! – Agnese from Italy 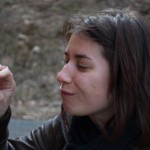 I called Montreal home for 2 years. Those were some of the best years of my life because Montreal allowed me to just be myself and learn about myself. It offered so much from peaceful sanctuaries such as L’Oratoire de Saint Joseph, to artsy shopping streets and cafes such as Rue Saint Denis, and awesome outdoor events such as the Montreal Jazz Festival in Place des Arts. Montreal is a place for artists, students, and anyone who loves cultures and art. The best memory of all was the people I met. There’s no other place where you can speak in at least three different languages in one room. The people you meet in Montreal may only be around for a season bit everyone has their own unique background and story. Montreal is definitely the place to practice l’art de vie and to simply be yourself.

Sometimes we think that the grass is greener in the neighbor’s backyard. After living 8 years abroad, I came back to my home town, Montreal, with new eyes that made me aware of its difference. Montreal is a city of diversity; historically, architecturally, culturally, culinary, weatherly! It kept its European cachet and gained a new international modern look.

The best way to enjoy Montreal is to embrace its difference! Visit little Italy or India, go to the famous Schwartz to eat smoke meat, go biking along the St-Laurent’s river, go surfing downtown, see the origin of Montreal in the Old port where French settlers lived with the Amerindians. – Alexandre from Montréal

I love Montreal because is a beautiful city, full of things to do…the people who lives there is amazing… i have visited it so many times and i had the opportunity to live there for a few months, i left a piece of my heart there, Montreal is and it always be one of my favorite places. – Carolina from Mexico